It’s mid-April already? Well, this update is long overdue. Firstly, there’s been a slight delay in the release of the third, and last, Tom Nolan book. However, it is now with the editor, and I’ll be awaiting the verdict of the red pen in the coming months. There’s no scheduled release date yet, but it’s likely to drop around summer this year. I can offer you the title though to keep you going. The third book is now called THE GHOST OF STORMER HILL. It had a tentative title of Apotheosis, and while apt for the content, I worried that searching the title may cause issues. The Ghost of Stormer Hill is still a good fit, and will make more sense when you turn its last page. I’ll be sad to say goodbye to Tom Nolan. He proved one of those characters that nestled into the chambers of my heart, and I’m glad I walked with him through many a crime scene. But I need to move on and walk through different pools of blood. Which leads me to the following.

This year I was fortunate to have editors approach me to write for their incredible anthologies. The first was Terror in the Trench, an anthology of aquatic horror edited by Jay Alexander and all proceeds going to the Shark Trust UK. My contribution, titled THE MANY GHOSTS OF THE DEEP, is about a mother trapped on a sinking aeroplane with her young daughter. It is a story that began many years ago when a hypnotherapist asked me to articulate why I had a fear of flying. If you read the story, what the mother goes through was partly the reason. The anthology has a great lineup of talented authors too, including Laurel Hightower, Kay Hanifen, Joshua Marsella, Thomas Gloom, Mocha Pennington, Nicola Kapron, Nikki R. Leigh, Spencer Hamilton, Matthew Stevens, Megan Kiekel Anderson, Andrew Cull, Catarina Prata, Hannah Hulbert, Craig Wallwork, and Jack Harding. It’s out now and can be picked up here on paperback or Kindle. 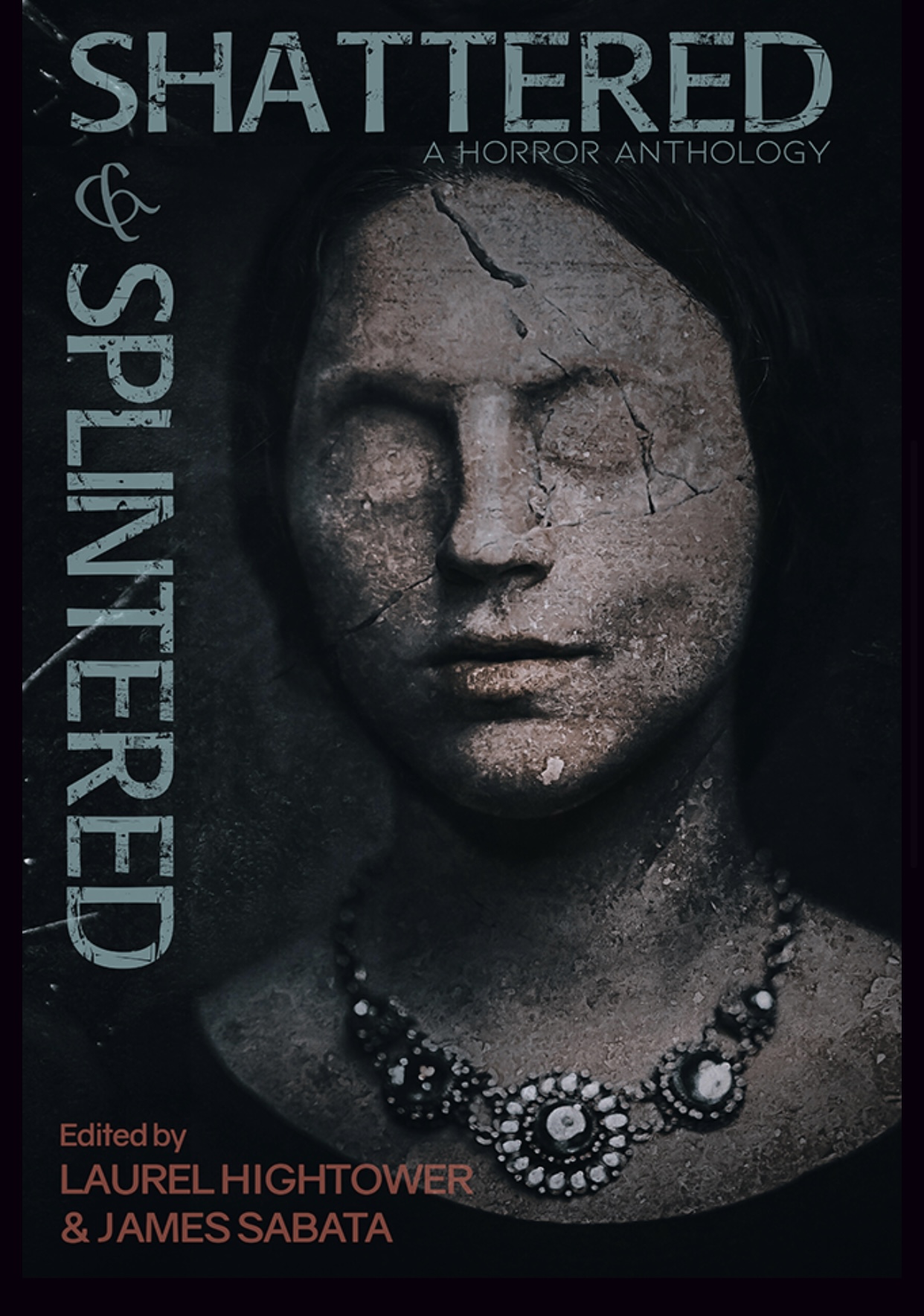 The second charity anthology they asked me to write for is Shattered and Splintered. My contribution is THE WEIGHT OF VINEGAR and tells the tale of a young boy who, to help his grieving mother, builds his dead sister from mud. It’s a sad, but beautiful little story about innocence, and how our best intentions sometimes come back to haunt us. All proceeds from this anthology go to the Glen Haven Area Volunteer Fire Department and is edited by Laurel Hightower and James Sabata. Writers included in this anthology are Stephen Graham Jones, Gabino Iglesias, Gwendolyn Kiste, Eric LaRocca, Hailey Piper, S. H. Cooper, Donald R. Guillory, Rhonda Jackson Garcia, Daniel Barnett, Stephanie Evelyn, Mike Thorn, Gemma Amour, Vincent V.Cava, Tom Deady, Donyae Coles, Cynthia “Cina” Pelayo, and S.A. Bradley. The book is available for pre-order here, and James and Laurel are running a pre-Stokercon event to mark its launch, too.

The third anthology I can’t talk about yet, but it’s going to be mega. Keep tuned.

Finally, if you’ve not already done so, grab a copy of Slice of Paradise: A Beach Vacation Horror Anthology by Darklit Press and edited by Ben Log and Andrew Robert. It features stories by Philip Fracassi, Scott J Moses, Mark Towse, Spencer Hamilton, Aiden Merchant, Drew Starling, Ashlei Johnson, Rowan Hill, Simon J. Plant, Alyson Hasson, Sheri White, Denver Grenell, Kay Hanifen, and Nick Kolakowski. My contribution, called MISERY GUTS, is not for the squeamish. Imagine the worst food poisoning experience of your life, then times it by one hundred, and what you get a sweet revenge story that’ll have you running to the bathroom, or maybe even away from it. Available in paperback and Kindle now.

So that’s the first quarter of the year nearly done. I hope to drop another letter before the release of The Ghost of Stormer Hill, but until then, stay safe, be true, and keep supporting indie writers. And let me take this opportunity to wish you all a wonderful Easter too. Even if you don’t celebrate it, I hope you get to consume a copious amount of chocolate and spend time with those you love.

Craig Wallwork is the author of the novels, Bad People, Labyrinth of the Dolls, The Sound of Loneliness, To Die Upon a Kiss, and the short story collections, Quintessence of Dust, and Gory Hole. His short stories have been nominated three times for the Pushcart Prize and feature in many anthologies and magazines both in the U.K. and U.S. He currently lives in West Yorkshire. View more posts